Is there someone you believe in? 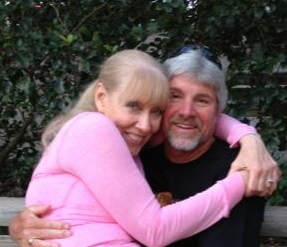 I believe in Tim Henderson.

There’s no doubt about it. Not just because Valentine’s Day is coming up, but for every day of my life, I can honestly say I believe in Tim Henderson.

And what do I mean when I say this? Is it a statement of my belief that Tim really exists  . . . that he’s a man who really lives and breathes on this planet . . . or is there more substance to it than that?

Of course there is.

It means I believe what he tells me is true; he is a man of his word, he is who he says he is, and he is fully equipped and able to successfully complete all he sets his mind to. When I say I believe in him, what I’m really saying is because I’m his bride and we are one, I trust him with my life and the direction in which he leads us.  I will boldly stand up for him, praise and encourage him, and walk assuredly with him as he moves forward in God’s plan and purpose for us.

There’s a scripture that also says something about “believing in”. It is John 3:16: “God so loved the world that he gave his only begotten Son, that whosoever believes in Him shall not perish, but have everlasting life.” “Whosoever BELIEVES IN HIM”; not “whosoever believes He was or is a real person . . . or that he really once existed or still exists”.  There’s another scripture, James 2:19, that says “even the demons believe, and they tremble in terror.”

When I say I believe in Jesus, it means I believe all He has told me is true; His words are trustworthy and true (every single one of them), He is who He says He is, and He will do all He has said He will do.  When I say I believe in Him, what I’m really saying is because I’m his Bride and we are One, I trust Him with my life and the direction in which He’s leading me.  I will boldly stand up for Him, praise and worship Him, and walk assuredly with Him as He leads me forward in His plan and purpose for my life.

And you know what? It’s really easy to believe in Tim . . . because he believes in Jesus.

How about you? Do you believe in Jesus?

Cheri (Gale) Henderson, a resident of Waynesville, Ohio, acknowledged Jesus Christ as Lord and Savior of her life on April 11, 1983. She became a new creation that day, old things passed away and all things became new, and now she lives to bring Him glory. She loves to worship her Savior and she also longs for all men to be saved. Much of her poetry is a reflection of her new heart. She began writing "Lyrics for the Lord" (http://cherihenderson.wordpress.com) the week after she dedicated her life to Christ, and is now a published writer in Billy Graham's "Decision" magazine, many other Christian magazines and periodicals around the world, and most recently, the book "Divine Stories of the Yahweh Sisterhood". Her prayer is that, through the power of the Holy Spirit, the words that flow from her pen will permeate the hearts of all who read them, and that lives will be changed forever for the glory of God! "Unlike so many, we do not peddle the word of God for profit" (II Corinthians 2:17), therefore, you may use any of the poetry displayed herein freely and non-exclusively, for non-profit purposes only (and as long as the author credit remains intact), to perform, broadcast, display or print in complimentary newsletters, church bulletins or the like.
View all posts by Cheri Henderson →
This entry was posted in Uncategorized. Bookmark the permalink.